Travelling to China for a visit has the highest probability of living the traveler in awe. China is one of the greatest cities in the world with lots of large cities and a very high population. Despite the fact that many tourist attraction sites are found in the cities travelling deeper in the interior can prove to be more worthwhile expect for the language barrier. It’s also known for its exquisite architecture and they have a variety of buildings to show for it. 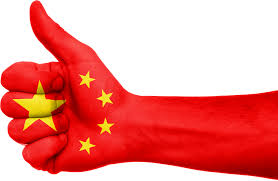 The glass bridge in Zhangjiajie

The bridge is located above the Wulingyuan area and it’s a skywalk bridge. It is a transparent glass-bottomed bridge. In the world it is one of the tallest and longest bridges. It is set amid two mountains in the Zhangjiajie Park. This allows for a serene view of the park from the top of the bridge.

The Jiuzhaigou Valley is beyond description. It comprises of waterfalls, mountain karsts that are snow-covered, the turquoise, and 108 blue and green colored lakes. The lakes are so clear the bottom is visible. The valley not only has lakes but its home to giant pandas, though there are slim chances of seeing pandas due to the large number of travelers and the size of the park. The valley is worth the visit.

This one of the largest and most developed city in china. Skyscrapers fill its skyline and rising along the skyscrapers are prestigious art centers, shopping malls and luxurious hotels. The city is likely to have a cool breeze as it’s located near the Yangtze rivers mouth and the sea. Watching the Shanghai city at night at the top of a skyscraper provides a magnificent view of neon lights bustling the streets.

For historical tourist lovers, the wall of China is an ideal place to visit. Built over the years by different dynasties that ruled the wall comprises of smaller walls assembled. The wall served as protection against invasion by people in the north. It’s said to have lasted over 2,000 years.

Despite parts of the walls being in ruins and others having disappeared it remains to be one of the world’s longest man-made structure. The most interesting part of the wall is the Badaling. It’s easy to climb and access and also it’s near Beijing.

Commonly China is known to be multi-religious. These religions consist of Buddhism, Taoism, Catholicism and Protestantism and the native religion being Taoism. They worship in temples that were built many years ago and can serve as tourist attraction sites.

The cradle of Shaolin Kung Fu and Zen Buddhism is the Shaolin Temple. It has an incredible reputation both home and abroad since the Tang dynasty. Later on it was named a UNESCO world Heritage.

Many people around the world adopt travelling as a hobby and travel different parts of the world. They can easily enjoy foods, cultures, places while they travel.